3 MENTAL HEALTH ISSUES THAT ARE COMMON IN YOUNGER WOMEN 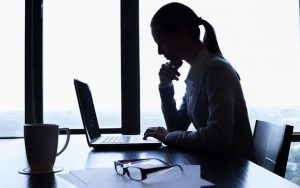 A recent survey conducted by the Substance Abuse and Mental Health Services Administration revealed a shocking conclusion that approximately 29 million women in the United States fall prey to some sort of mental health disorders every year. Experts who conducted the study further added that a majority of such cases go even untreated and unreported.

It is significant to note that some mental health issues are more common in women when compared to men. Even though the risk of antisocial personality disorder, schizophrenia, and autism are higher in men, mental health issues like specific phobias, depression, post-traumatic stress syndrome, and eating disorders are predominantly common in women. In fact, health care experts say that women are twice more likely to experience depression and PTSD than men. What’s more, nearly 85 percent of anorexia and bulimia patients are women, and approximately 65 percent of all binge-eating disorder cases are also women.

Young women who belong to the age group of 20 to 35 years may be vulnerable to a number of psychological issues. Mental health issues such as depression and anxiety usually manifest in women when they reach the age of 20. Dr. Michele Barton, who is an experienced psychologist and the director of clinical health at Psychology Life Well, stated, “This is a time of life where women in particular are on a ticking clock to make a decision as to how they wish to spend the rest of their lives.”

Dr. Barton also pointed out the fact that stress can extract a heavy toll on the well-being of both men and women. This means that women who suffer from such serious mental disorders will surely struggle to maintain a good social life and a healthy relationship.

The hormonal changes that a woman experiences while she is growing up may also trigger some mental health issues. In addition to that, women who are exposed to childhood traumas, abuses, and individuals who have lost loved ones are also at a greater risk of falling prey to mental health issues at some point in their lives.

Some of the most commonly reported mental health problems in younger women are touched on in the following article. If you notice any of the symptoms of these health problems, get in touch with a free women’s clinic as soon as possible for proper diagnosis and treatment.

If you have started to experience multiple symptoms of anxiety disorder after your 20’s, then it might be due to the pressure of adult life. Some of the most common symptoms that people with anxiety disorders experience are sleep problems, irritability, fatigue, and the inability to control the feeling of worry. As per the NYC-based therapist, Kimberly Hershenson, LMSW, “Once you are independent both physically and financially, it can be difficult dealing with responsibilities. Having to work, pay bills, handle relationships, and take care of yourself can be overwhelming and lead to anxiety.”

Young women who are suffering from anxiety disorders often find it very challenging to share their mental health issues with their partners. If you find yourself in this scenario, then seek the help of your close friends or family members before things become serious or lead to other health disorders.

You might be aware that genes and hereditary play a crucial role in the development of this mental condition. However, what you might not know is that the stress endured by an individual during her young adult years may also trigger bipolar disorder in women. Even though the condition is seen to be prevalent in women and men equally, the condition is usually just as serious in women due to their hormonal changes.

Diagnosis of bipolar disorder is not easy, so expert health care providers at a free women’s clinic could carefully examine your medical history to see if you are exhibiting any symptoms associated with bipolar disorder. The health issue usually manifests in two ways: mania and depression. So, proper diagnosis is a must to figure out the right treatment plan.

A recent study conducted by experts in the field of medical science identified that the mental health issue called Borderline Personality Disorder or BPD usually affects women when they are in their early 20’s. This condition can occur when women are struggling with their life, especially when they are forced to go through a number of social changes at school, work, and in their relationships.

Women who are suffering from this disorder will have mood swings and they may even exhibit intense episodes of anxiety, depression, and anger that may last for several hours or even days. In some cases, women who are suffering from Borderline Personality Disorder might even attempt self-harm. So, it is recommended to seek the help of health care providers as soon as any symptoms of BPD are detected.