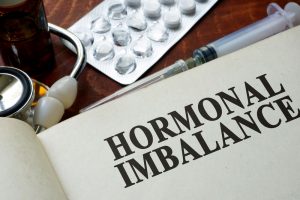 Hormonal imbalance can affect bodily functions that result in severe fatigue throughout the day. Fatigue results in the body and mind to become weaker that can prevent carrying out of any meaningful physical or mental work. Besides, an imbalance in the hormonal levels also has a direct influence on the sex drive. Women suffering from hormonal imbalance have decreased sex drive along with disturbances in sleep, which further affects the production of sex hormones.

Hormonal imbalance has its most severe effect on the mind that can result in alterations in the mood and cognition. Women suffering from hormonal imbalances are prone to frequent bouts of anxiety and anger. They are easily irritated by simple matters and even lead to depression. These mental instabilities can further aggravate the health and cause further psychological damage.

Another crucial symptom that indicates hormonal imbalance is weight gain. It can interfere with a healthy body mass and contribute to the buildup of weight in women. Those who are particularly carrying out weight management programs will find it difficult to keep up their limit because of the persistent weight gain associated with hormonal imbalance.

The presence of hormonal imbalance can result in the cravings to increase in women. This can lead to increased consumption of food at different times of the day, quite differently from the usual routine. Such increased food cravings can happen when the imbalance of hormones affects the functioning of vital body systems.

Any imbalance in the hormones puts the stress more on the endocrine system. It can lead to uncontrolled or deficiency in the production of certain vital hormones. It can result in the depositing of fat around the belly, which in turn, results in deforming the normal body shape.