EVERYTHING YOU NEED TO KNOW ABOUT ANOREXIA NERVOSA PT 1 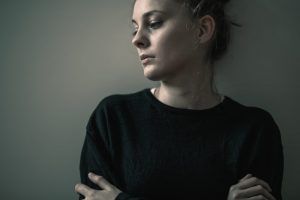 Anorexia Nervosa is a life-threatening and psychological eating disorder. Usually, people suffering from this disease are characterized by extremely low body weight when compared to their height, age, and body type. Despite having low body weight sufferers tend to live with body dysmorphia, a fear of gaining weight, often exhibiting a distorted perception of how much they actually weigh. As a result, people suffering from anorexia usually take extreme measures to slim down, and this can significantly jeopardize their physical and mental well-being due to a lack of nutrition and proper vitamin supplementation. This also makes diagnosis easier on the part of the primary care doctor.

Some of the common methods people with anorexia use to control their body weight include restricting the amount of food intake, forced vomiting right after consuming food (also called bulimia), misusing laxatives, diuretics, enemas, etc. Extreme works are also a common method used by people with anorexia in order to burn as many calories as they can. Overall, instead of strictly an eating disorder, anorexia is a psychological condition in which the affected person constantly tries to cope with his emotional problems using unhealthy and life-threatening ways. This means that anorexia must be treated both as a psychological disorder but must be treated in regards to physical maladies as well.

People with anorexia often equate self-esteem and worth with a perfectly shaped body. Like all other eating disorders, this one too is a bit hard to overcome. However, people can tackle the issue by means of effective treatment and counseling through the help of a mental health professional who can refer the sufferer to proper medication if necessary.

People suffering from eating disorders often exhibit some symptoms. As far as anorexia is concerned, one of the sound indicators is starvation. However, it is not easy to figure out these symptoms since the low body weight concept varies for different people. In fact, it is not necessary that people with low body weight will be notably thin. Plus, anorexia patients often try to hide their eating habits, thinness, and other emotional issues. Some of the common physical symptoms exhibited by anorexia patients are listed below.