Causes and Treatments for Crohn’s Disease 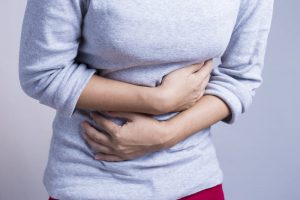 Sadly, the actual cause of Crohn’s disease has not yet been discovered. Earlier, improper diet and stress were suspected to trigger Crohn’s disease. However, it has been proven that these factors only aggravate the health condition, and do not outright cause it. Apart from that, factors such as a malfunctioning immune system and heredity also play significant roles in aggravating Crohn’s disease.

When it comes to the immune system, the aforesaid malfunctioning can occur when it tries to fight off an invading bacteria or virus which triggers Crohn’s disease. As a result of the abnormal immune response, it can attack the digestive system as well.

According to one study, people who have family members with Crohn’s are more likely to develop the condition. Nevertheless, it is not necessarily true that a person suffering from Crohn’s disease will always have a family history of the health issue.

One of the main factors which complicates Crohn’s disease is age. Even though people can be affected at any point in life, they are likelier to develop the disease at a younger age. Around 70% of people suffering from Crohn’s disease are diagnosed with it before they hit 30. Another risk factor that can gradually result in Crohn’s disease is cigarette smoking. Apart from that, non-steroidal medications such as ibuprofen, Advil, Motrin, etc can act as aggravating agents.

It would take a series of tests to rule out the chances of other health issues and confirm Crohn’s disease. Some common tests that help to confirm a diagnosis are given below:

Since the real cause of Crohn’s disease is unknown, there is no effective treatment to cure it. However, there are many medications and treatment methods which can be used to reduce the intensity of the symptoms as well as the inflammation. Of course, these may vary with the person and the severity of the disease. Note that effective treatment for Crohn’s disease can result in long-term remission of the symptoms, and often includes intake of anti-inflammatory drugs, and use of immune system suppressors, antibiotics, pain relievers, anti-diarrheal, iron supplements, vitamin D and calcium supplements, Vitamin B-12 shots, etc.