HOW DANGEROUS IS PELVIC INFLAMMATORY DISEASE 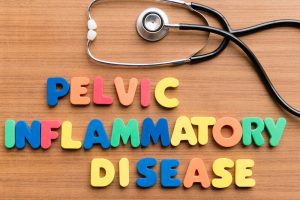 Pelvic Inflammatory Disease or PID is a common condition, which is predominant in sexually active women in the age range of 15 to 25 years. This serious disease happens due to bacterial infections and it affects approximately 1 million women in the country.

Unfortunately, some women who have fallen prey to PID often fail to realize the fact that they are affected. This is because the symptoms of PID are usually mild in most cases, while some women might not even experience any symptoms at all. Therefore, if you are experiencing any kind of distress or pain in the pelvic region with each passing day, it is best to schedule a visit to our free womens clinic to ensure that you are healthy.

Some of the most common symptoms exhibited by women who are suffering from Pelvic Inflammatory Disease are listed below.

It is significant to note that PID may cause permanent damage to female internal reproductive organs due to the development of scar tissues on these organs. The developed scar tissues can entirely block the fallopian tubes of the affected individuals, which in turn, prevent the meeting of sperm with the egg. This can make you infertile.

In addition to that, this will also restrict the movement of the fertilized egg and create a condition, known as tubal or ectopic pregnancy. Ectopic pregnancies often rupture the fallopian tubes of affected women and cause internal bleeding, severe pain, and even death in some cases. You should also note that scarring of ovaries and fallopian tubes would also result in severe pelvic pain that lasts for about six months or more.

PID is usually caused when sexually active women have vaginal intercourse with someone who is infected with Chlamydia or Gonorrhea. Moreover, if a woman has multiple sexual partners, then she is at a higher risk of falling prey to this dangerous health condition.

The healthcare providers at our free womens clinic will help you to treat the bacterial infection with antibiotics that are administered either orally or intravenously. Nevertheless, the damage due to the scarring of tissues might not be able to be reversed with antibiotics or any other type of treatment. Remember, the chances of scarring can be countered only if you seek medical assistance in the early stages of the disease.