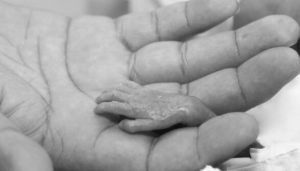 Stillbirth is the condition in which a baby dies in the uterus at twenty weeks of pregnancy or later. On the other hand, if the pregnancy is lost before twenty weeks, it is called a miscarriage. Statistics show that about 1 in 160 pregnancies end in a stillbirth in the United States. Most of the instances of stillbirth occur before the start of labor; however, a smaller number happens during labor too.

Some women might have to deliver the baby immediately due to medical reasons, but others might be allowed to wait to prepare for the delivery or give labor time to begin naturally. In this time, the healthcare provider will monitor the mother’s health closely and check if they are developing any blood clotting issues or some infections.

Most of the women will choose to induce labor after they learn about the death of their baby. However, it can be induced either via labor and delivery or through a procedure called dilation and evacuation (D&E) that is performed under general or local anesthesia.

If the cervix of the woman has not started to dilate for the labor, the healthcare provider might use a medicine to induce the process. The mother will get an intravenous infusion of Oxytocin hormone to start the contractions of the uterus. Most women will be able to deliver vaginally.

Dilation and evacuation (D&E) is mostly used when the woman is still in her second trimester. She will be given intravenous sedation and local anesthesia or will be put under general anesthesia. The doctor will then dilate the cervix to remove the body of the baby.