MENTAL ILLNESSES THAT ARE MORE COMMON IN WOMEN 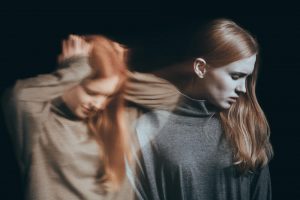 Even though the stigma about mental diseases is slowly being broken down, several people, particularly women, still consider their mental health struggles to be a source of shame. As a result, most of the women who are experiencing mental illnesses are a little bit hesitant to seek help health care providers, friends, and even close family members.

A recent survey published by the Substance Abuse and Mental Health Services Administration revealed that approximately 29 million women in the United States have experienced some sort of diagnosable mental health-related disorder in the year 2011 alone. Experts in the field of medical science also claim that millions of such cases in women go untreated and unreported.

Studies also establish the fact that some mental health issues are more common in women than that in men. Even though substance abuse is relatively more common among men, mental illnesses like schizophrenia and ADHD are reported to be more common in women. So, if you are suffering from anxiety attacks or other mental issues, it is best to get in touch with the expert health care providers at nearby low income clinics as soon as possible. They will thoroughly examine your medical history, ask you a few questions, evaluate your current health condition, and then put forward an effective treatment plan to help you overcome your illness.

Why Mental Illnesses are More Common in Women

As you would probably know, mental diseases and illnesses are caused by both biological and genetic factors. The serotonin levels in the bodies of women are actually less when compared to that in men, which puts them at a greater risk of mental diseases. Moreover, the hormonal fluctuations in women’s body may also trigger a few mental issues.

Another important factor to consider is that environmental factors also play a key role when it comes to mental health issues in women. Women who have experienced childhood sexual assault and domestic violence are at a greater risk of depression, trauma, and other mental diseases. Below are 3 types of mental illnesses that are more common in women.

Studies conducted by health care providers have revealed that women fall prey to anxiety disorders more often than men do. The condition is more prevalent in women who are suffering from chronic physical illnesses and the ones who are below the age of 35. Besides, the “fight or flight” part of women’s brain gets activated quickly than men and it stays activated for a very long time; this also makes women more prone to anxiety disorders.

Specific phobias, social anxiety, and panic disorders are the most commonly reported anxiety disorders in women. Women with anxiety disorders will experience sleep issues, breath shortness, fear, panic, uneasiness, dizziness, and heart palpitations. If you are experiencing any of the above-mentioned symptoms, get in touch with our free womens clinic to get immediate medical assistance.

Post-Traumatic Stress Disorder or PTSD is another common mental illness that primarily affects women. The American Psychiatric Association had added this mental illness to The Diagnostic and Statistical Manual of Mental Disorders back in the year 1980 when veterans who returned from Vietnam exhibited common symptoms of PTSD. Due to this, several people believe that the condition of PTSD affects veterans only.

The reality is that Post-Traumatic Stress Disorder can be triggered by a number of factors, such as domestic violence, car accidents, sexual abuse, and more. Some of the traumas that are more commonly experienced by women such as domestic violence and sexual assault are usually personal and intimate. In most cases, the perpetrators are generally the ones we trust and know. This is another reason why women are twice as more likely to experience PTSD than men.

Unexpected and repeated episodes of panic attacks that are very different from generalized anxiety are also common in women. Women who are suffering from such panic attacks often experience intense feelings of fear for shorter intervals along with physical sensations such as shaking, chest pain, nausea, dizziness, breathing difficulties, racing heart, and more.

Panic attacks may often feel like having a heart attack and some women might also fear that they are going to die, as the physical manifestations they experience during such panic attacks will be intense and severe. Panic disorder is a condition where panic attacks have become very common in a person, which in turn urges them to avoid all the situations that may trigger a panic attack. Women who are suffering from cardiovascular diseases, depression, and migraines are at a higher risk of panic disorders.

Even though the symptoms of your mental illness may seem mild in the beginning, they will surely get aggressive over time. This will in turn put your health and life at risk. So, if you wish to avoid such hassles, it is best to schedule an appointment with a health care provider at our free womens clinic as soon as you notice any symptoms.