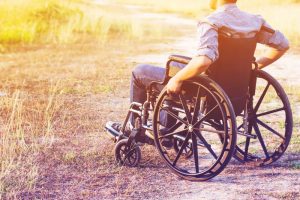 Muscular Dystrophy can be defined as a birth defect in which a group of diseases makes the muscles of the affected person weaker and more vulnerable over time. This health condition always results in loss of muscle mass and progressive weakness. Note that there are many genes in the body which perform the function of keeping associated muscles healthy. In the case of muscular dystrophy, there will be some defects or issues in these genes. The reason being is that the faulty genetics interfere with the normal development of muscle mass proteins resulting in a lack of normal muscle growth and development. Usually, these are genetic mutations inherited by children from former generations. In some cases though, the disease can be a result of spontaneous genetic mutation in the egg of the mother or the developing embryo.

Some affected people may start showing symptoms earlier in childhood, while in others they would not be evident until they grow to be teenagers or even adults. The type and complexity of these symptoms depend on the type of muscular dystrophy disorder and level of severity. However, all types have one thing in common, in that they tend to worsen over time. The sufferer is even likely to lose his/her ability to walk properly, talk, or do personal chores, etc. Nevertheless, it is not a given that every affected person will suffer from these complications; there are many muscular dystrophy patients who lead almost fully normal lives for years with just some mild symptoms exhibiting themselves.

There is no known method to completely cure muscular dystrophy. However, there are many therapies and medications for Muscular Dystrophy patients using which they can manage symptoms as well as slow down the course of the disease.

The symptoms of muscular dystrophy vary drastically with type. Usually, most people start exhibiting them in their teenage and adulthood. In some rare cases, the symptoms may become evident in early childhood as well. Some of the major red flags which indicate a person is suffering from muscular dystrophy are listed below.