AN OVERVIEW OF GONORRHEA AND ITS SYMPTOMS IN MEN AND WOMEN 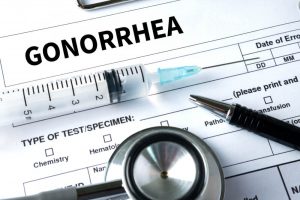 The sexually transmitted disease, Gonorrhea, is caused due to the Neisseria gonorrhoeae bacterial infection. The bacterium not only infects the female reproductive tract, but also other body parts with moist including mucus membranes of the eyes, throat, and rectum. Gonorrhea transmits from one person to the other through unprotected sexual contact with a person infected with the bacterium.

The ideal way to protect against the STD infection is to use condoms or practice monogamy with one sex partner. However, adopting traits that tend to make an individual indulge in unprotected oral sex will also increase the chances of getting infected. Such traits comprise of illegal or intravenous drug use and excessive use of alcohol routinely.

The symptoms of Gonorrhea typically appear within 2 weeks following exposure. However, some individuals who get infected with the sexually transmitted disease tend not to develop symptoms that are easily noticeable. Note that such people not showing Gonorrhea symptoms are contagious and may still spread the infection to their sex partners.

Men tend not to develop such Gonorrhea symptoms for weeks, while some men might never develop it. Usually, the infection starts to show the symptoms of the STD like painful sensation while urinating one week following its transmission. Just as Gonorrhea progresses in men, it may lead to the following noticeable symptoms.

The Gonorrhea infection would stay even weeks following the symptoms getting treated. In rare cases, the infection might keep causing damage to body parts, especially in the testicles and the urethra. Then, it might spread to the final section of the large intestine that terminates at the anus.

It is seen that most of the women don’t develop obvious gonorrhea symptoms. Even when they do develop the symptoms of the STD, it tends to be mild and makes it tough to spot. Gonorrhea infections in women can show similarly to bacterial infections or vaginal yeast infection. The common symptoms include: