AN OVERVIEW OF RETT SYNDROME 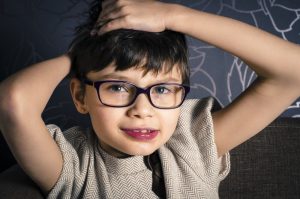 Rett syndrome is a rare yet severe neurological disorder that affects mostly young girls. Usually, this disorder is detected within the first two years of life.

Even though there is no permanent cure for this disorder, early diagnosis and treatment can help the affected girl and families. In the past, Rett syndrome was considered to be a part of autism spectrum disorder. Later, it was discovered that Rett syndrome is mostly genetically driven.

The symptoms of Rett syndrome are not usually visible during first 6 months after birth. Most of the symptoms are shown between 12 to 18 months. Some of the common signs of the health disorder are as follows.

Even though Rett syndrome is genetic, children will not inherit this damaged gene from their parents; instead, the mutation will happen in their DNA. Rarely, Rett syndrome is seen in boys. Such boys will hardly live past their birth because they have only one X chromosome, unlike girls. So, the diseases that affect them will be more severe and fatal.

The primary diagnosis is done by checking the symptoms. Usually, the doctors will confirm the disorder only after they rule out all other disorders like autism, cerebral palsy, prenatal brain, etc., as Rett syndrome is rare. Another diagnosis method, genetic testing, typically confirms the disorder 80% and predicts the severity of the syndrome.

Some of the treatments used to improve the Rett syndrome symptoms are as follows.