A QUICK GUIDE TO THE DIFFERENT TYPES OF ENCEPHALOPATHY 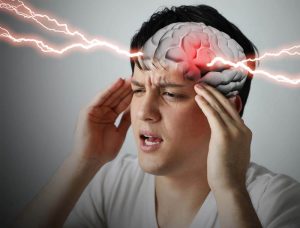 Encephalopathy refers to a condition that affects the structure or functions of the brain. There are many different kinds of encephalopathy, some of which can be permanent and very serious. A few types may be present since birth and remain the same throughout the life of the person, while some are acquired at later ages and can get worse with time. Below are some of the most common types of encephalopathy. To ensure you always have the best information on this condition, visit your nearest low-income health clinic for more information.

This condition happens due to multiple injuries to the brain, which causes severe nerve damage in the brain. It is usually found in athletes, boxers, football players, and members of the armed forces who were injured in an explosion.

This is a genetic condition, wherein the levels of glycine in the brain will become abnormally high. It can be an inherited disease as well. In such cases, the symptoms will start appearing soon after birth.

This type of encephalopathy is associated with an autoimmune condition called Hashimoto’s disease. In this condition, the immune system of the patient starts attacking the thyroid gland, which leads to a misbalance of hormone levels in the body.

This condition is seen in patients who have liver disease. As the weakened liver cannot remove toxins from the body, they start to accumulate in the blood and eventually reach the brain.

This type of encephalopathy happens due to excessively high blood pressure that is not treated for long. Gradually, this causes swelling of the brain and leads to other complications like brain damage.

This condition occurs when the brain cannot get enough oxygen supply to function normally. This can slowly lead to brain damage or dysfunction. Women consuming alcohol during pregnancy is a major risk factor of the disease in the child. To find out about this and other conditions you can ask your doctor at the nearest Los Angeles prenatal clinic.

This disease happened because of organ failure, infections, or toxins in the blood. As the level of hormones, electrolytes, and other chemicals in the body will be disturbed in such cases, it negatively affects the brain functions.

This type of encephalopathy is also known as transmissible spongiform encephalopathy or prion disease. The condition happens when there is a mutation of the prion proteins, which lead to damage and deterioration of brain cells. It can be of many types, such as chronic wasting disease and Creutzfeldt-Jakob disease.

This condition happens when the patient suffers from kidney failure. This causes a buildup of uremic toxins in the blood, which can even lead to complications like confusion and coma.

This brain disease occurs when there is a Vitamin B-1 deficiency in the blood. This can be as a result of long-term alcoholism and poor nutrition. In some cases, Wernicke encephalopathy can cause Wernicke-Korsakoff syndrome as well.