A QUICK GUIDE TO PASSIVE AND ACTIVE IMMUNITY 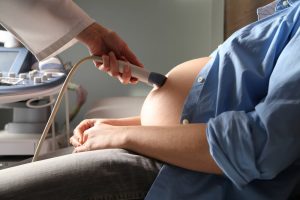 Immunity is plainly defined as how well the body is able to destroy pathogens and other intrusive materials, as well as avert further infection. There are two different types of natural immunity, which protect the body: passive immunity and active immunity. The two are different in many respects.

This type of immunity works through the transfer of antibodies, which have been produced by one body to another. The protection from this covers some infections but its duration has limits. The antibodies eventually degrade, usually inside a period of weeks or months, following which the recipient is no longer protected.

The most common variety of this is the immunity infants receive from mothers. The placenta transfers antibodies to the former over the last couple of months of pregnancy, and this causes full-term infants to have all or most of the same antibodies as their mothers. They provide protection against specific diseases for as long as a year afterward, with effectiveness depending on the disease. Expectant mothers would do well to discuss this with their doctors at whichever low income medical clinic they are planning to deliver at.

There are many blood products that carry antibodies, some containing a low amount while others are more concentrated. Other than blood products that are employed for transfusion, antibodies used in medicine are derived from three major sources: heterologous hyperimmune serum, homologous pooled human antibody, and homologous human hyperimmune globulin.

Immune globulin taken from human sources always has more than one type of antibody in it, and is technically polyclonal. Techniques were developed in the 1970’s for isolating and “immortalizing” single B cells, giving rise to monoclonal antibody products that subsequently proved invaluable in the diagnosis and treatment of certain cancer types, preventing transplant rejection, and autoimmune and infectious disease treatment. Certain antibody products such as immune globulins can get in the way of live-virus vaccines working effectively, but not if the former are monoclonal in nature.

Active immunity is best described as stimulated production of cellular immunity and antigen-specific humoral (antibody), by the immune system. It is different from passive immunity, in that it can last up to several years, and quite commonly even a lifetime. You could obtain information regarding this at an affordable health clinic in your area.

Acquiring active immunity is something that can be done naturally, though not easily – one needs to survive infection linked to the disease-causing version of the organism. There are exceptions to this, such as malaria; but taken generally, after a person recovers from being beset by an infectious disease, they would carry a lifelong immunity to the same. The protection persists for many years following the last infection, and this is called immunologic memory.

After the immune system has been exposed to an antigen, some of the (memory B) cells keep flowing through the blood for many years. When the person is re-exposed to the same antigen, these circulating cells start replicating rapidly, as well as producing antibodies in order to reestablish protection.

There is another way to induce active immunity, which is through vaccination. Vaccines work with the immune system to typically produce an immune response that resembles what you see during a natural infection. The difference here is that this does not cause or require the recipient to be subjected to the disease, or its complications for that matter. Many vaccines are designed to also produce immunologic memory of much the same kind as what is produced after a person recovers from infection.

The immune response to application of vaccination can vary based on a variety of factors. One of the chief ones is the incidence of maternal antibody. Other than that, you have the dose and nature of the antigen, the route of administration, the application of adjuvant, etc. Host factors can also come into play here, such as nutrition, coexisting diseases, genetics, and of course, age.