A QUICK OVERVIEW OF THALASSEMIA: SYMPTOMS, TYPES, AND CAUSES 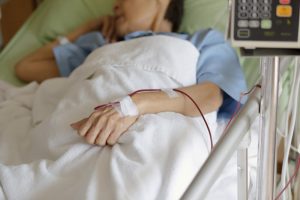 Thalassemia is a blood disorder where the patient’s hemoglobin content drops below healthy levels, and they have fewer RBCs present in their body than an unaffected individual. Hemoglobin is the material present in these particular cells, which lets them carry oxygen. When the hemoglobin count diminishes, it brings about anemia in the patient, and leaves them fatigued.

In milder cases of thalassemia, treatment may not be necessary. However, in the more severe forms of this disorder, regular blood transfusions may be called for. The sufferer can also take additional steps to handle the fatigue, including switching to a healthier diet, and exercising on a regular basis. This would, of course, work best after consulting a doctor at a low income medical clinic.

Thalassemia can bring multiple signs and symptoms, including the following. If a child or woman shows any of these, it is best to have them medically evaluated as soon as possible, at an affordable health clinic or hospital.

Thalassemia in a person can be of a type among several, which include thalassemia intermedia, alpha-thalassemia, and Cooley anemia. Based on which type you suffer from, the symptoms of the condition would differ, and so would its severity. Thalassemia exhibits itself in some babies right at birth, while others have a chance of developing it inside the first two years of life. In people who only have one of their hemoglobin genes affected, no symptoms of thalassemia occur.

Thalassemia is a condition caused by DNA mutation, specifically in the cells that are responsible for producing hemoglobin, which in turn is vital to a person’s blood being able to carry oxygen. Mutations of this kind are inherited from one or both parents, and disrupt the body’s normal hemoglobin production. Anemia is the most direct effect brought on by this, and it leaves the patient fatigued at times when they should be feeling the opposite.

The specific type of thalassemia developed by a person is based on the exact gene mutation they inherited, as well as the precise point where the hemoglobin molecule is affected. Higher mutation causes more severe thalassemia. Hemoglobin has both alpha and beta portions, either or both of which can be affected when the person carries this kind of mutation.

There are four genes, which are involved in making up the alpha portion of the hemoglobin chain. Two are inherited from each parent, and the following things can occur.

There are two genes, which are involved in making up the beta portion of the hemoglobin chain. One is inherited from each parent, and the following things can occur.