CAUSES AND SYMPTOMS OF REACTIVE ARTHRITIS 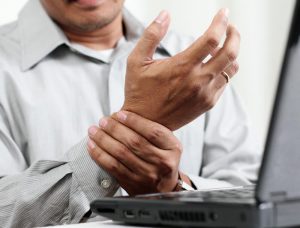 Reactive arthritis is a condition wherein the patient experiences joint pain and swelling because of an infection in another part of the body. It is generally caused by an infection in the genitals, intestines, or the urinary tract, but the pain and inflammation usually happen in the knees, ankles, and feet. Sometimes, the swelling can affect the eyes, skin, and urethra as well.

Reactive arthritis is also known as Reiter’s syndrome. The signs and symptoms in patients may be intermittent and eventually disappear within a year. In most cases though, the symptoms start being apparent after 1 to 4 weeks of the infection. The early signs may include pain and stiffness, especially in the knees and joints of the ankles and feet. Some patients also experience pain in the heels, lower back, and buttocks.

Many people with reactive arthritis are also seen to develop eye inflammation or conjunctivitis. Inflammation of the soft tissues, including muscles, tendons, and ligaments is also a sign of reactive arthritis. Moreover, urinary problems, such as an increased frequency to urinate and discomfort during urination are also common in reactive arthritis patients. This happens because of an infection in the prostate gland or cervix.

Some patients also experience swollen toes or fingers. In others, reactive arthritis could lead to a variety of skin problems, such as rashes on the palms and soles and mouth sores. Besides, the condition is also seen to cause lower back pain in patients, which becomes severe at night or in the morning.

Reactive arthritis is an after-effect of infections in the urinary tract, genitals, or intestines. That is why it is recommended to see a doctor if you experience any joint pain or inflammation after having diarrhea or stomach pain of any kind.

Studies show that many kinds of bacteria can cause reactive arthritis. This may include campylobacter, salmonella, shigella, chlamydia, clostridium difficile, and yersinia. Most of these are food-borne, while some can be transmitted sexually as well. However, reactive arthritis is not contagious and only a few people who are exposed to the above-mentioned bacteria develop the condition.