WHAT IS SCHIZOPHRENIA AND HOW IT AFFECTS MENTAL HEALTH 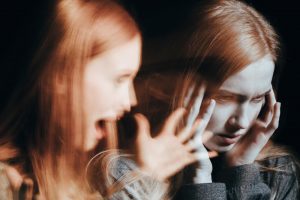 Schizophrenia is a widely known mental disorder that affects a minority section of the population. An individual suffering from schizophrenia will have impaired thinking, emotions, and feelings. This will critically interfere with their normal thought patterns and results in odd mental issues that can result in the individual to fully withdraw into their self. Schizophrenia affects mainly a small portion of the population and is onset during late teenage or during the transition to adulthood. Some individuals also develop schizophrenia during their active adult life.

Schizophrenia produces a range of mental issues that result in the individual to exhibit several symptoms. As it occurs fully in the psychological and neurological realm of an individual, understanding schizophrenia is difficult with physical symptoms. However, an individual with schizophrenia may suddenly exhibit a change in behavior such as withdrawing from friends, decreased talking, social isolation, and a drop in academic performance.

Besides, an individual with schizophrenia exhibits other symptoms such as hallucinations. This can cause the individual to see, hear, and smell things that are actually not there. The individual may also involve in frequent delusions and abnormal ways of thinking. There are certain negative symptoms also feeling emotionally drained out, little, or no talking and difficulty managing daily activities and socializing. A person with schizophrenia will also exhibit disorganized thinking that prevents them from fulfilling a task efficiently.

Medical experts and psychologists are still unclear as to what actually causes schizophrenia in an individual. However, they have identified several possible factors that trigger the development of schizophrenia and related psychological issues. To name one, variations in the genetics can contribute to schizophrenia, as there is an increased chance of schizophrenia to develop in individuals with a family history of mental illnesses.

Another most probable cause is due to the use of psychoactive drugs and other mind-altering substances. These substances when taken during teenage and young adulthood can severely affect the normal mental development of an individual. The environment can also increase the risk for schizophrenia such as malnutrition prior to birth or the occurrence of any viral diseases. An individual with altered brain chemistry is also at high risk of developing schizophrenia.

Schizophrenia is a condition that is difficult to properly diagnose solely because the individual refuses to acknowledge that he/she is suffering from this mental condition. Low income health clinics and community treatment centers usually evaluate the recurring symptoms to accurately diagnose schizophrenia.

After diagnosis by a trained mental health professional or a psychiatrist, the individual will be given treatment in the form of antipsychotic medications, repeated psychotherapy sessions, psychological support, and self-management therapies. These treatment options cannot fully cure schizophrenia, but do help to reduce its intensity, allowing the individual to carry on their normal life without any difficulties.