THINGS TO KNOW ABOUT THE SPINA BIFIDA DISORDER PT 1 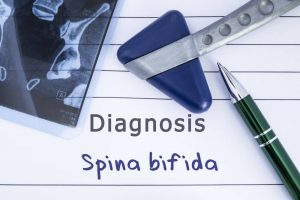 As the name indicates, Spina Bifida is a birth defect in which the spine and the spinal cord of the newborn are not formed properly. The literal meaning of this term is “split spine” and this health condition falls in the neural tube defect category. Note that the neural tube is the group of cells which develop into the brain as well as the spinal cord of a baby. In addition, this embryonic structure tends to form a cover. Usually, neural tubes are formed in the first weeks of pregnancy and would close by the 28th day of conception. Babies suffering from Spina Bifida do not have fully developed neural tubes that are closed properly, and this in turn causes defects in the bones of their spines as well as spinal cords. This can ultimately cause many physical as well as mental health problems down the line in the life of the child.

According to a number of studies conducted in the health care field, around 2000 out of every 4 million babies born in the United States are reported to be suffering from the Spina Bifida disorder. However, most of those babies tend to live to be adults. In fact, most newborns suffering from this defect have been reported to end up leading full lives, thanks to the advanced medical facilities available nowadays. The range of Spina Bifida complexities ranges from trivial to severe, and what a baby gets depends on the type, location, and size of the defect.

Spina Bifida is categorized into three types depending on the size, location, severity, and complication of the disorder. In-depth details regarding the same are listed below.

The term “occulta” means hidden. Spina Bifida Occulta is the least severe form of Spina Bifida and results in tiny separations or gaps in one or more bones of the spine. The separation is actually so trivial that most people who suffer this disorder fail to detect its symptoms. In most cases, the disorder is diagnosed when an imaging test is performed for some other issues or reasons. Obviously, SBO hardly results in any type of physical or mental disabilities. When it comes to the symptoms, you may hardly spot any. One of the rarely found signs is a mark on the baby’s skin, especially at the areas of the spinal defect. This can be one of the following things.