THINGS YOU MAY NOT KNOW ABOUT FIBROIDS 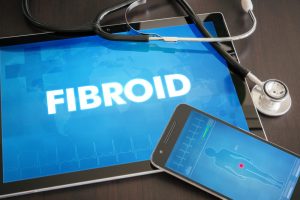 Fibroids are one of the most commonly seen tumors in the female reproductive system. Fibroids, which are also known as fibromas or uterine myomas, are firm compact tumors made of fibrous connective tissues and smooth muscle cells in the uterus of women.

Studies and researches conducted by experts in the field of medical science revealed that approximately 20 to 50 percent of women who are in the reproductive age have fibroids, but not all of them are diagnosed. Some estimates point out that about 30 to 70 percent of women might develop fibroids during their childbearing years.

The definite cause of fibroids is still unknown, but healthcare providers believe that they are in some way related to estrogen. This is mainly because tumors grow during pregnancy when the hormones are released and when women take birth control pills that contain estrogen. Once a woman reaches menopause, that is when she no longer produces estrogen, these tumors tend to disappear or shrink.

There are several different types of fibroids and they are usually classified based on their location within the uterus of a woman. The most common or primary types of fibroids that are seen in women are as follows:

Subserosal Fibroids are fibroids that develop in the outer portion of the uterus. These types of fibroids do not affect the menstrual flow of a woman, but they will induce pain due to its pressure and size on the other organs.

Fibroids that develop inside the wall and expand beyond it are known as intramural fibroids. Women with these types of fibroids feel that their uterus is larger than usual. Some of the most prominent symptoms that are associated with intramural fibroids are back pain, pelvic pain, heavy menstrual flow, and frequent urination.

Submucosal fibroids are developed right under the lining of the uterine cavity of women. They are actually a least common type of fibroid, but they usually cause symptoms like heavy and prolonged menstrual periods in women.

The common symptoms of fibroids include:

If you are experiencing any of the above-mentioned symptoms, get in touch with our low income medical clinic for proper assistance. Moreover, note that prolonged menstrual cycles or abnormal bleeding during menstrual cycles might lead to Iron-deficiency anemia. Therefore, it is better to get medical help from a healthcare expert as soon as possible.