THINGS YOU MAY NOT KNOW ABOUT HASHIMOTO’S THYROIDITIS 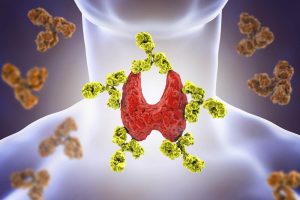 Hashimoto’s Thyroiditis, which is also known as Hashimoto’s disease, is an autoimmune disease that affects women nearing their menopause age. In simple words, Hashimoto’s Thyroiditis can be defined as a health disorder in which the immune system of your body attacks the tissues inside your body. In addition to that, the immune system also attacks the thyroid gland of the affected persons, which in turn results in a condition known as hypothyroidism.

It is crucial to note that the thyroid gland in women who are suffering from hypothyroidism will not be able to produce enough hormones for the needs of their body. The thyroid gland, which is located right in front of our neck, produces hormones that control the metabolism of our body. So, if there happens to be an imbalance of these hormones, then you are at a higher risk of falling ill to several serious health disorders.

Health care providers and several experts in the field of medical science have been trying to identify the root cause of Hashimoto’s Thyroiditis but they have not yet succeeded. However, many healthcare providers believe that several factors such as genes, iodine, and radiation exposure play a key role in causing this disease.

It is significant to note that the symptoms of Hashimoto’s Thyroiditis are usually mild during the initial stages or the symptoms are exhibited only after a few years. An enlarged thyroid or goiter is usually the first sign of this disease in the affected individuals. The goiter will make the front of your neck look bloated and it will make swallowing very difficult. Some of the other common symptoms of Hashimoto’s Thyroiditis are:

If you have been experiencing any of the above-mentioned symptoms, it is best to get in touch with the health care providers at our free womens clinic. Several women often ignore the symptoms of Hashimoto’s Thyroiditis since they are very similar to the symptoms of other medical conditions. This is not a wise move, as it can bring serious health disorders to you in the near future. So, get proper medical assistance if you are experiencing any of the said symptoms.