A QUICK LOOK AT THE CAUSES AND SYMPTOMS OF THROMBOCYTOPENIA 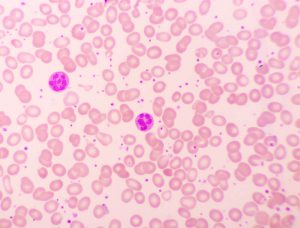 Thrombocytopenia is a condition wherein your body does not have enough platelets in the blood. A low number of platelets may not be a big reason for concern in most cases. However, severe forms of thrombocytopenia can lead to many complications like bleeding too much when you get injured or bleeding spontaneously in your gums, eyes, or bladder. Below is a quick look at the causes and symptoms of thrombocytopenia.

Causes and Symptoms of Thrombocytopenia

Thrombocytopenia can be caused due to many reasons. The most common type of thrombocytopenia, known as idiopathic thrombocytopenic purpura or ITP, is usually caused when your immune system starts acting abnormally. If you have ITP, the antibodies in your blood will start attacking the platelets instead of fighting infections. Generally, this condition is hereditary and runs in families.

You will need to work with your doctor at the low-income medical clinic to find if any medication is causing a drop in your blood platelet count. Note that some medical conditions can also cause thrombocytopenia. Commonly, it is seen that people with a problem with the bone marrow, Vitamin B12 or B9 deficiency, and an enlarged spleen are at a higher risk of developing thrombocytopenia.

Studies say that around 5% of pregnant women also see a drop in their blood platelet count during pregnancy. Although it gets better after childbirth, the lowered count of blood platelets can sometimes be a sign of underlying conditions like HELLP syndrome and preeclampsia. Besides, people with autoimmune diseases like rheumatoid arthritis are also prone to developing thrombocytopenia.

The most common symptoms of thrombocytopenia are bleeding from the nose or gums. In some cases, women experience longer and heavier periods when they have the condition. Moreover, patients may see blood in the urine or stool as well. In a few cases, patients develop red, flat spots in clumps on the skin, especially on the legs and feet. Other symptoms of thrombocytopenia may include blotches, bruises, and bleeding under the skin. In severe cases, the patient may experience heavy bleeding after sustaining an injury.