A COMPREHENSIVE ANALYSIS OF ASTHMA AND ALLERGIES PT 2 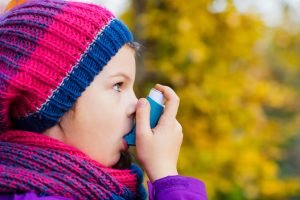 Studies have also found a strong relationship between some emotions and asthma, such as anxiety, crying, shouting, or laughing continuously. Besides, taking medications such as ibuprofen, aspirin, and other beta-blocker drugs that are used treat conditions like glaucoma, high blood pressure, and migraine can also lead to allergic reactions and asthma in some cases.

Experts at community healthcare centers can recommend several tests to diagnose asthma. Usually, the doctor will review the medical history of the patient and ask about the symptoms before suggesting a physical exam. The common tests used to diagnose allergic asthma include:

Your primary care doctor or pediatric doctor may also recommend a chest X-ray, allergy tests, blood tests, and other imaging scans to see if any other underlying conditions are causing the symptoms. This way, the doctor can devise the best treatment plan to counter the effects of allergic asthma.

Asthma patients are advised to avoid allergic triggers, take the medications as prescribed, and carefully monitor the symptoms to avoid or limit asthma episodes. The commonly recommended drugs to treat allergic asthma include:

Sometimes, the doctor may also recommend cromolyn sodium to treat the condition. This is a different type of anti-inflammatory drug, which works as a mast cell stabilizer, inhibiting the release of asthma triggering chemicals in the body. This is usually prescribed for children.