COMMON MYTHS ABOUT PCOS THAT EVERY WOMAN SHOULD KNOW PT 1 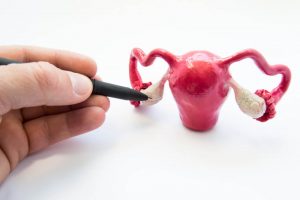 There are many health conditions that are gender-biased, including those that women are likelier to suffer from, compared to men. The structure of their genes, hormonal balance, lifestyle, etc, play key roles in this. One common health disorder amongst women of reproductive age is PCOS (Polycystic ovarian syndrome).

This is a hormonal disorder, and its main symptom is the excess production of male hormones called androgens. A spike in the levels of the blood-sugar-regulating hormone called insulin, as well as prolonged menstruation, is also common when it comes to PCOS. In this condition, the ovaries of the sufferer tend to form follicles or tiny collections of fluid, preventing a regular release of eggs.

Unfortunately, the exact cause of PCOS has not yet been deduced. Hence, the health condition is diagnosed on the basis of its symptoms, rather than a particular lab test. However, some factors which may trigger PCOS in women include low-grade inflammation, excess androgen and insulin levels, and heredity. When it comes to the complications caused by this hormonal disorder, you can see things which range from the trivial to the severe. Some of those common complications include the following.

Sadly, the condition is not well understood, and there is a lot of misinformation making the rounds. This can negatively affect either or both or proper diagnosis and treatment. Ultimately, these misunderstandings may prevent sufferers from leading healthy lives. Some of those common myths about PCOS which every woman should be aware of are listed below.

That PCOS is Caused by Faulty Ovaries

PCOS is actually a hormonal imbalance disorder, and a polycystic ovary is not the root cause of it, but just a symptom. Apart from the imbalance in hormonal levels, certain metabolic issues as well can contribute to PCOS. In someone affected by PCOS, the brain would send mixed signals to the ovary, making it secrete excess amounts of androgens, which would obviously have an impact on the female hormones that activate ovulation. At the same time, insulin levels in the body of the patient would be boosted because of the improper action of fat cells present in the body. This can, in turn, trigger the body of the PCOS-affected woman into secreting insulin too in excess amounts, when she consumes carbohydrate. This elevation in insulin level can result in the secretion of excess male hormones, as well as weight gain.