Ovarian cancer is a very common cancer in women that affects their ovaries. This cancer is often called the “silent killer” because the symptoms of this cancer usually do not appear until it is very late for treatment. Experts in the health care sector say that women who experience symptoms regularly for more than three weeks must visit a doctor. However, you need to keep in mind that the symptoms of ovarian cancer are quite vague and can be the signs of some other health issues as well.

Medical science has identified three main symptoms that can help in the early detection of ovarian cancer. These symptoms are: 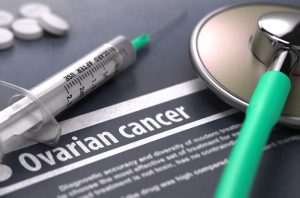 Fatigue is one of the most common cancer symptoms. It is true that physical fatigue is not unique to conditions like ovarian cancer and can be an indicator of some other less serious conditions too. However, in women with ovarian cancer, the cancer cells will fight with the normal and healthy cells to get energy, which leads to fatigue.

Advanced ovarian cancer can lead to marked changes in the abdominal size of women. Distension (accumulation of fluid in the abdominal region) is the cause of this bloating. However, you need to understand that many other health conditions can also lead to bloating and abdominal cancer.

As you can see, even the advanced symptoms of ovarian cancer can be attributed to other health issues as well. So if you experience any of the above-mentioned symptoms, it will be better to consult with a doctor at our OBGYN free clinic and see whether you are at risk of developing ovarian cancer.