EVERYTHING YOU NEED TO KNOW ABOUT PANCREATITIS 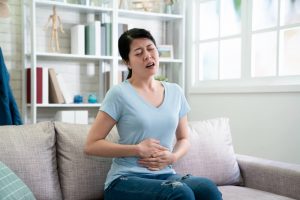 Pancreatitis is a condition wherein the pancreas becomes inflamed and is restricted to perform their functions normally. The pancreas works to release digestive enzymes to the small intestine, which help in proper digestion of the food, as well as supply insulin and glucagon to the blood, which are essential hormones that control how the body processes food for energy. Therefore, if the pancreas fails to perform their normal functions, it could lead to many severe complications and health issues. Besides, pancreatitis can also cause some serious damages to the gland by activating the digestive enzymes before they are released into the small intestine.

There are mainly two types of pancreatitis – acute and chronic. Acute pancreatitis usually lasts for a very short time and might exhibit mild to severe symptoms of the condition. Generally, patients with a mild form of acute pancreatitis recover with the right treatment. However, in severe cases, the sudden inflammation of the pancreas can cause serious tissue damage, bleeding into the gland, infections, and/or cyst formation. Sometimes, the condition can also affect other organs such as the lungs, heart, and kidneys.

Chronic pancreatitis is the long-term version of the condition, which usually happens after the patient has encountered an episode of acute pancreatitis. The disease can be caused due to excessive alcohol consumption also, but the symptoms might not reveal themselves for many years. In such cases, the patient might develop severe pancreatitis symptoms all of a sudden.

The most common symptom of acute pancreatitis is a pain in the upper abdominal area, which radiates into the back and gets intensified when the patient consumes food that has high-fat content. Apart from that, the patient would also experience swelling and tenderness in the abdominal area, nausea, vomiting, fever, and an increased heart rate. In the case of chronic pancreatitis, these symptoms would be coupled with diarrhea and weight loss.

Medical experts say that acute pancreatitis is usually caused by gallstones and/or excessive alcohol use. In some cases though, the condition is also caused due to autoimmune disease, infections, metabolic disorders, as a reaction to some medications, trauma, and surgery. Note that the cause of acute pancreatitis can vary greatly from person to person, and the actual cause of the condition is unknown in around 15% of the cases.

When it comes to chronic pancreatitis, most of the cases are associated with long-time alcohol consumption, gallstones, hereditary disorders, high triglycerides and lupus, cystic fibrosis, and certain medicines. Here too, the cause of the condition is unknown in around 20% to 30% of the cases.

When you consult a doctor at a nearby community healthcare center to diagnose pancreatitis, he/she would first review your medical history to see if any underlying condition could be the reason of the symptoms that you are experiencing. After that, your doctor would recommend a blood test to check the level of the digestive enzymes, amylase, and lipase, in your body. If a high level of these enzymes is detected, it suggests that you could have acute pancreatitis. To confirm the findings, the doctor might recommend other tests such as:

In some cases, the doctor might also suggest a biopsy to test the pancreatic tissues. After analyzing all the reports, your doctor would prepare a treatment plan to deal with your condition in the most appropriate way.

Chronic pancreatitis can be a bit difficult to treat though. The doctor would recommend medications to ease the symptoms and improve nutrition and digestion problems. Usually, doctors suggest administration of pancreatic enzymes and insulin shots to chronic pancreatitis patients and recommend following a low-fat diet. In many of the cases, surgery is advised to remove pancreatic duct blockage, ease abdominal pain, control the frequency of attacks, restore the functions of the pancreas, and bring the levels of enzymes and/or hormones back to normal.