ABOUT PROSTATE CANCER, ITS LATE STAGE SYMPTOMS AND DIAGNOSIS PROCEDURES 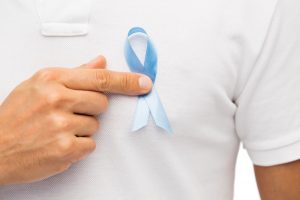 The probability of prostate cancer tends to increase with age. More than 80 percent of men are diagnosed with prostate cancer when they reach 65 years of age or above. Cancer affects the prostate gland surrounding the bladder, the main function of which is to release semen out of the body. Prostate cancer also affects urination as urethra pass through the prostate gland. Henceforth, most surgical or radiation treatment for prostate cancer involves side effects like urinary incontinence characterized by an involuntary loss of urine due to an overactive bladder.

Symptoms and Diagnosis of Prostate Cancer

Symptoms of prostate cancer in men include difficulties in starting urination or dribbling, pain in the back or hip, blood in semen or urine, etc. Symptoms tend to start showing in later stages especially if cancer affects the urethra, in turn, changing the way men urinate. The symptoms will spread by the time cancer takes a toll on the body.

Community health clinics use Prostate-Specific Antigen blood test in order to diagnose prostate cancer in men. Abbreviated PSA, the test aims to diagnose the extent of the antigen in the blood. A rise in the level of PSA can be caused by several health conditions, so PSA test only suggests cancer, but won’t diagnose it fully. It may indicate prostate gland pathologies comprising of prostate cancer, and when combined with a higher risk, it can preempt the occurrence of the condition.

Of late, a biopsy procedure has been used to diagnose prostate cancer, which will be assisted further by an in-lab analysis. Biopsy for the diagnosis of the health condition also incorporates transrectal ultrasound (TRUS), which creates a scan of the prostate gland with sound waves. Since TRUS won’t see differences in the tissue, needles are directed into the prostate gland systematically. Still, it may miss high-risk prostate cancer by 30 percent, which may necessitate tests in future. It may even detect a low-risk of prostate cancer that may lead to under treatment.

Most diagnostic tests for prostate cancer using urine samples is done when the tumor is limited to a small area, but certain instances are found where the tumor penetrates the prostate capsule. In that case, advanced diagnosis methods such as Multiparametric MRI tests are used to determine how much of the tumor has grown in the body.