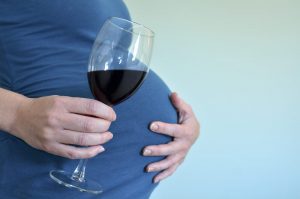 Most people may consume alcohol in the present society, irrespective of gender and age. However, not many know that if a woman consumes alcohol during her pregnancy period, it could negatively affect the health of her baby. In fact, the child born from an alcoholic mother may have a range of disorders that are collectively known as Fetal Alcohol Spectrum Disorders (FASD). One of the most severe issues that occur in newborns because of prenatal alcohol exposure is the Fetal Alcohol Syndrome (FAS).

This is actually an umbrella term for the number of disorders that may occur in a child whose mother consumed alcohol at the time of her pregnancy. FASD is mainly used to define a condition in children who show only a few symptoms of FAS. That is, a child affected with FASD may not have the facial abnormalities like that of a kid affected with FAS, but he/she may have mental retardation as severe as that of the FAS child.

Fetal alcohol syndrome is one of the main causes of birth defects and mental retardation in newborn babies. As the name indicates, it occurs as a result of alcohol consumption of the mother during their pregnancy period. FAS is actually a lifelong condition and it includes a number of disabilities such as growth deficiency, abnormal facial features, problems that affect the central nervous system, etc.

Apart from that, a child with FAS can also develop many secondary conditions that affect his social life such as legal issues, disruption of education, mental health disorders, drug and alcohol issues, inappropriate sexual behavior, and many other issues with their daily lifestyle. Additionally, children suffering from Fetal Alcohol Syndrome may sometimes have issues regarding their learning skills, communication, vision, attention span, hearing, etc. In extreme cases, an affected child can have a combination of most of these effects. This will, in turn, make it challenging for such kids to get along with others. In short, FAS is an incurable and permanent disorder that affects almost every aspect of the life of the sufferers as well as their family members.

Symptoms of FAS in Children

It will be very challenging for the parents to understand the health issues of newborns since they cannot express things verbally. Luckily, there are certain symptoms with which you can understand whether your child is a victim of Fetal Alcohol Syndrome.

If a child exhibits any/all of these symptoms, he/she is more likely to be suffering from FAS. Note that it will be confusing if a child exhibits only a few of these symptoms though. For instance, a child may not have the facial abnormalities but may have all other symptoms. So, it is better to consult a physician right away if you see any of the FAS symptoms in your kid, so that you can diagnose the disorder efficiently at the very early stage.

The best option to prevent FAS in your kids is to avoid alcohol consumption during your pregnancy period. Since it is not clear that how much alcohol will harm your baby, it recommended to avoid it completely. Besides, there is no cure for FAS once it is developed. However, if a kid takes adequate treatment measure in the beginning stage, it will help him/her to lead a normal life.