HOW VALLEY FEVER AFFECTS THE BODY 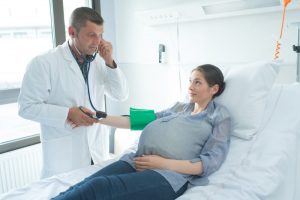 Valley fever or coccidioidomycosis is a disease that normally brings on chest pain, fever, coughing, and other symptoms in people who catch it. Technically a fungal infection, it is caused by either of two coccidioides fungi species commonly found in specific soils. The spores of these fungi can enter the air due to agitation, and get breathed in by a person who as a result contracts valley fever.

Mild valley fever cases usually resolve themselves, but if it gets severe, prescribed antifungal medication may be necessary. Because of the chance that it hits much harder when the immune system is weakened by a preexisting condition such as AIDS, getting free HIV and STD testing done beforehand is always a good approach.

Acute coccidioidomycosis generally starts off mild and shows few symptoms, which only being to manifest one to three weeks after the person was exposed. These symptoms are also seen in flu patients, causing many to decide prematurely that the latter condition is what they are down with. The main signs of coccidioidomycosis are as follows.

The rash that may come with this is primarily painful red bumps, which may turn brown later on. It appears on the lower legs, arms, chest, and back. Some people even get raised rashes along with blisters that look a lot like pimples at first sight.

If valley fever does not make you physically ill, you may only find out about the infection following a blood or skin test that comes back positive. It is also possible to know about this condition if your lungs show residual infection of a certain type. These nodules do not always pose a problem, but on an X-ray, they would look like cancer, and that always causes alarm.

If the symptoms of coccidioidomycosis are severe, the disease can last for varying durations, based on many factors. Full recovery can take several months. Your overall health plays a huge role in how quickly and effectively you can get cured. Chronic affliction is mostly found in people with low immunity, and can show the following symptoms.

If unchecked, coccidioidomycosis can disseminate, meaning it would spread to parts of the body other than the lungs, such as the bones, skin, brain, liver, heart, etc. Disseminated coccidioidomycosis, depending on the affected area, can show the following symptoms.

For people over 60, those with a weakened immune system, pregnant women, and people with African or Filipino heritage, it is imperative that they see a doctor at an affordable health clinic, if they meet either of the following criteria.

The fungi responsible for causing valley fever are found to thrive in arid soils like those found in Nevada, Southern Arizona, and San Joaquin Valley. They can also be found in South and Central America, where the climate generally includes arid summers and mild winters. These fungi first grow to the form of long-stranded mold, which can break off and spread as spores when something disturbs the soil. The spores are of extremely small size, allowing them to be carried great distances by wind. After these enter the lungs, they reproduce and start off the disease cycle.

The following things play a dynamic role in a person’s proneness of contracting coccidioidomycosis.