A QUICK OVERVIEW OF PORPHYRIA 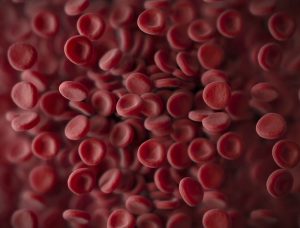 Porphyria refers to a group of disorders that are caused by the over-accumulation of porphyrin in the body, which helps hemoglobin to carry oxygen in the blood. The condition is mainly categorized into two types: cutaneous porphyria, which can lead to skin problems, and acute porphyria, which can lead to nerve damages. There is no cure for the condition yet, but timely treatment can help to manage the severity of the condition and ease the symptoms.

The most common symptoms of cutaneous porphyria include blisters, itching, pain, swelling, abnormal hair growth, and darkening and thickening of the skin. It usually affects the areas in the back of the hands, forearms, face, neck, and ears. On the other hand, the most common symptoms of acute porphyria include stomach pain, chest pain, increased heart rate, higher blood pressure, back pain, aching limbs, muscle weakness, cramping, tingling and loss of sensation, nausea, vomiting, and constipation.

In severe cases of acute porphyria, the patient might also experience frequent mood changes, depression, anxiety, and other psychological disorders. Some patients also feel agitated, confused, and get seizures. Note that acute porphyria can also lead to other health issues and complications such as kidney damage, liver cancer, and long-term pain in the body. That is why it is recommended to consult with a specialist at the nearest community healthcare center as soon as you notice any symptoms of the condition.

Both cutaneous porphyria and acute porphyria are associated with the same root cause, which is how the body of the patient makes heme. Heme is a part of hemoglobin that contains iron and gives the blood its red color. It is produced in the liver and bone marrow with the help of different enzymes. When a person’s body fails to produce some of these enzymes, it in turn leads to the buildup of porphyrins to make heme. However, over-accumulation of porphyrins works against the body and causes the onset of the porphyria condition.

The specific type of porphyria a patient has depends on the specific enzyme that his/her body lacks. The condition is usually seen to be linked with the mutation of a gene, which is passed on to the children by their parents. That is why the condition is also categorized under “acquired diseases”. Yet again, certain factors can also trigger porphyria, such as drinking excessive alcohol, use of estrogen by women, and smoking cigarettes. Similarly, patients with Hepatitis C and HIV infection are also at a higher risk of developing the symptoms of porphyria.

In some women, the episodes of acute porphyria rarely happen before puberty, but the condition can be triggered later by taking some specific kinds of drugs such as barbiturates, sulfa antibiotics, seizure medicines, and birth control pills. A few cases of porphyria are also reported to be triggered by fasting, stress, menstrual hormone imbalance, and too much exposure to the sun.

When you report the symptoms to a doctor at a family community healthcare center, he/she would recommend blood tests, urinalysis, and stool tests to diagnose the possibility of porphyria. The treatment of the condition would depend upon the type of porphyria as well as the severity of the disease. If the doctor finds that you have an outbreak of acute porphyria symptoms, you would be recommended to take medications for pain, swelling, nausea, and vomiting. You might also be required to stay at the hospital for other treatments. This is especially the case if the doctor recommends an injection of hemin or glucose administration through an IV.

In the case of cutaneous porphyria, your primary care doctor may recommend low doses of anti-malarial drugs, such as chloroquine or hydroxychloroquine. In severe cases of porphyria cutanea tarda, the doctor might recommend phlebotomy, which involves regular removal of blood in order to lower the amount of iron content in the liver. You would also be required to avoid anything that could trigger an outbreak of the condition.

The healthcare professional might also recommend seeing a hematologist to treat any underlying blood disease or a dermatologist to deal with skin-related problems. Similarly, patients who have liver diseases would be recommended to see a hepatologist. This would depend upon the type of the condition and the symptoms of porphyria. At the same time, you would be required to follow a balanced diet to maintain good nutrition as well as achieve the right balance of carbohydrates and nutrients to produce the necessary enzymes in your body.