EVERYTHING YOU NEED TO KNOW ABOUT ANOREXIA NERVOSA PT 2 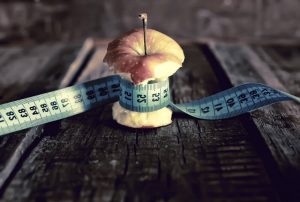 Apart from physical problems, anorexia can cause many emotional and behavioral problems as well because of the patients’ unrealistic body weight perception, and an unbelievably strong fear of being obese or gaining excess weight. Some of those behavioral symptoms include the following.

Unfortunately, the exact cause of Anorexia Nervosa is yet to be discovered. However, it is estimated to be a combination of environmental, biological, and psychological factors. The detailed explanation for the same is given below.

Biological– even though the exact genes which trigger Anorexia are not known, genetic changes may put some people at higher risk of developing this health condition. Note that the genetic constitution of some people would cause a tendency towards perseverance, perfectionism, and sensitivity.

Psychological – people suffering from Anorexia often exhibit obsessive-compulsive disorder traits, making it easier for them to stick on to specific diets and forgo food even if they are hungry. The ideally showcase a dangerous drive for perfectionism, which makes them think that they need to lose a lot more weight. Plus, anorexia patients may regularly carry higher levels of stress than normal and would tend to indulge in restrictive eating in order to tackle this.

Environmental – currently, most people are easily taken in by the illusory concept of “perfect” body shape and thinness. Furthermore, self-worth and success are often equated with this sort of appearance. Peer pressure as well can contribute to a desire to be thin, especially in the case of young girls. In fact, Anorexia is mostly seen among teenagers, particularly girls.

If you suspect you have Anorexia Nervosa, your doctor may carry out a number of tests and exams in order to rule out other diseases, as well as to pinpoint the eating disorder correctly. Typically, a series of physical tests would be performed to diagnose your condition, and the doctor would check your vitals such as blood pressure, blood sugar level, pulse, temperature, etc. In addition, he or she may check your nails and skin, examine your abdomen, listen to the lungs and heart rhythm, etc. Apart from that, they may conduct a psychological evaluation, lab tests, imaging tests, etc, in order to confirm the same.