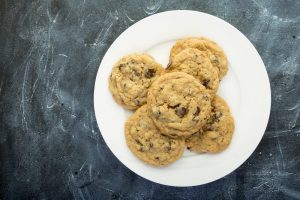 Almost every person, irrespective of their gender and age, is prone to a number of physical and mental health issues. However, women are more likely to be affected than other individuals by certain health and mental disorders when compared to men. The genetic structure of women, as well as many social, environmental, and psychological factors, is responsible for this. Note that one of the most common psychological disorders that can be mainly seen in women is the eating disorder. Usually, women tend to eat more food under stressful and sad conditions. This, however, cannot be considered as an eating disorder.

The eating disorder in a person can be simply defined as an urge to consume food constantly. They also exhibit severe concern about the excess body weight and shape along with their constant and irregular eating patterns. As a result of the destructive eating habits, the balance of both mental and physical well-being of the person will be at risk. Hence, it is highly recommended to go to an affordable health clinic for diagnosis in case you found any irregularities in your eating habits.

According to several studies conducted in the field, eating disorders can develop in people at any age. However, teens and adults are more likely to be affected by this health condition. There are mainly three types of eating disorders; binge eating, bulimia nervosa, and anorexia nervosa. Out of these, binge eating disorder is the most common as well as the dangerous one.

A person affected with binge eating disorder tends to consume a large quantity of food at frequent intervals. Even though the sufferers will be embarrassed about their eating regime and are likely to vow not to consume more amount of food, they usually fail to resist the urge to eat food. In fact, they find it really hard to stop eating. Sadly, their guilt of binge eating will, in turn, increase the quantity as well as the frequency of eating.

Unlike other eating disorders, people suffering from binge eating disorder will not try to compensate for their eating routine by means of heavy workouts, medications, or self-induced vomiting. Obviously, such people will be very obese and may develop a number of other health disorders, particularly cardiovascular disorders. Even though binge eating disorder is a serious health issue, seeking medical in the form of a family medicine doctor help on time can help people to get over this condition.