THE CAUSES AND SYMPTOMS OF GASTROESOPHAGEAL REFLUX DISEASE (GERD) IN CHILDREN 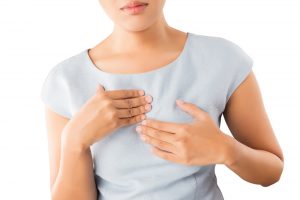 Infants and children tend to get affected by numerous disorders and conditions that can affect their normal health. Gastroesophageal Reflux Disease (GERD) is one such disorder that affects the digestive system of children. It is a chronic disorder characterized by return or entry of the gastric juices, fluids, and food into the esophagus.

GERD occurs commonly among infants and is the primary cause for discomfort and vomiting. Proper diagnosis of GERD in an infant at any affordable health clinic is vital to prevent the condition from occurring again during different stages of growth.

GERD occurs among infants mainly due to conditions that can affect the functioning of the Lower Esophageal Sphincter (LES). It plays the crucial role of letting food into the stomach and prevents any backflow into the esophagus. Improper relaxation of the lower esophageal sphincter can result in the reflux of gastric acids and juices into the esophagus this causing heartburn or vomiting.

This entry of gastric juices and food content can reach all the way of the esophagus resulting in the child to vomit. In most cases, the reflux of stomach contents can cause irritation in the esophagus due to its acidic nature thus causing heartburn. Moreover, some foods such as chocolate, peppermint, tomatoes, citrus foods, etc., are also known to cause GERD.

One of the most common symptoms of GERD among infants is heartburn. It causes a burning sensation in the chest that can also shift to the throat and neck. Heartburn can occur right after eating and can last from a few minutes to hours. Among children, some of the most common symptoms of GERD are the presence of a dry cough, asthma, swallowing issues, stomachache, belching, recurrent vomiting, gagging, hiccups, choking, refusal to eat, tooth enamel decay, sore throat, etc.

Upper GI series – This diagnostic test evaluates the organs of the upper digestive system such as the esophagus, stomach, and the duodenum. For the diagnosis, the patient is required to ingest barium fluid, which will help the organs to show up well on X-ray. X-ray images are captured to examine the upper digestive organs for any signs of blockages or ulceration.

Esophageal Manometric study – This diagnostic test aims at finding out the strength of the esophageal muscles and helps in evaluating any gastroesophageal reflux or swallowing abnormalities. The diagnosis involves the insertion of a small tube into the nostrils, throat, and the esophagus to determine the pressure produced by the esophageal muscles.

Endoscopy – Yet another common diagnostic test for evaluating GERD is by carrying out an endoscopy examination. It uses a small flexible tube having a camera at the end inserted via the esophagus to get detailed images of the digestive tract. Samples of tissues are also taken using endoscopy for detailed examination.