CAUSES AND SYMPTOMS OF HORNER-BERNARD SYNDROME 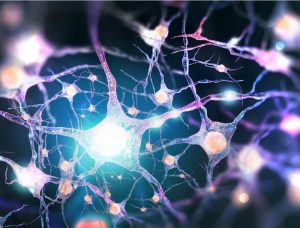 Horner-Bernard syndrome, also known as oculosympathetic palsy, is a condition that happens due to the disruption in a nerve pathway that hinders the brain from reaching the eye on any one side of the body. This generally leads to drooping of the eyelid, shrinking of the pupil, and less sweating on the affected side of the face.

It is seen that Horner-Bernard syndrome usually results because of another health condition, like stroke, spinal cord injury, or tumor. However, the disorder can also happen due to other factors. In some cases, the underlying cause of the condition cannot be identified either, which is known as idiopathic Horner syndrome. To find more information about this condition and your own health, find the nearest low-income health clinic in your area for options.

Horner-Bernard syndrome is linked with the damage caused to a pathway in the sympathetic nervous system. The sympathetic nervous system regulates the pupil size, blood pressure, heart rate, perspiration, and many other functions of the body that trigger due to a change in the environment. The affected nerve pathway in Horner-Bernard syndrome is categorized into three groups.

In children, Horner-Bernard syndrome usually happens because of an injury to the shoulder or neck during childbirth, defect in the aorta, and a tumor in the hormonal and nervous systems. Locate your nearest low-income pediatric clinic for more information.

The most common signs and symptoms associated with Horner-Bernard syndrome include contraction of the pupil (miosis), unequal size of the pupils (anisocoria), delayed opening of a pupil (dilation), drooping upper-eyelid, upside-down ptosis, and sunken eyes. The patient will also experience an inability to sweat normally on the affected side of the face (anhidrosis). In children under 1 year, one of the irises will appear lighter in color. Besides, there will be no flushing or redness on the affected side of the face, which usually happens due to heat or physical exertion.

Horner-Bernard syndrome can be a result of many factors or underlying conditions, which is why it is advised to consult a doctor and diagnose the disorder at the earliest. You should also get emergency care if you experience impaired vision, muscle weakness on the face, dizziness, and severe headache or neck pain after a traumatic injury.