COMMON REPRODUCTIVE HEALTH ISSUES OF WOMEN TO WATCH OUT FOR 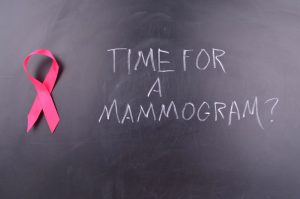 Women are more likely to get affected by health disorders rather than men because of their genetic structure and hormones. One of the serious concerns for women is the issues related to the reproductive system. There are many diseases, which affect the fertility in women; some of the common reproductive health issues for women are listed below.

These are noncancerous tumors, which affect women mainly in the age group of 20 – 35; that is, the childbearing age. Uterine fibroids constitute various muscle cells and tissues that are seen in and around the endometrial wall of the womb. The symptoms of uterine fibroids include frequent urination, bleeding between periods, multiple miscarriages or early labor, pain during sex, and lower back pain. One of the major risk factors for this disease is excessive weight gain. However, the main reason of uterine fibroids is not yet discovered.

Another major disease that affects the reproductive ability of women is endometriosis. Here, the tissues that line the inside wall of the uterus or endometrium grows in some other place, such as behind the uterus, on the bladder, on the ovaries, or on the bowels. In some rare cases, it may also grow in other parts of the body as well. This misplaced tissue can have many effects, such as abdominal pain, heavy bleeding during periods, infertility, pain in pelvic areas and lower back, discomfort in bowel movements, etc.

Gynecological cancers are any cancer that is formed in the reproductive organs of women. The major symptoms of this cancer are abnormal vaginal discharge, bloating, abdominal pain, pelvic pain and pressure, and burning or itching of the vulva. There are mainly five types of gynecological cancers:

Cervical Cancer – Cancer starts at the narrow end of the uterus that is known as the cervix.
Uterine Cancer – This type of cancer begins in the uterus itself.
Ovarian Cancer – Cancer is formed in the ovaries, which can be seen on either side of the uterus.
Vulvar Cancer – This type of cancer starts in the vulva, which is the outer part of the female genital organ.
Vaginal Cancer – Cancer occurs in the vagina, which is a tube-like structure that connects the bottom of the uterus to the outside of the body.
It should be noted that these cancer types do not show any early symptoms or signs of infection in many women. So, it is better to visit a free womens clinic and do regular checkups for effective diagnosis and treatment.