WHAT ARE GENITAL WARTS? PT 2 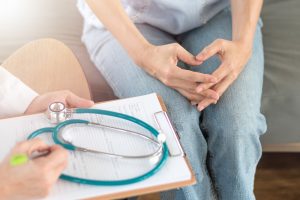 According to estimates by the CDCP, nearly everyone that is sexually active contracts an infection by HPV at some time or the other. There are, however, factors which can boost one’s risk of getting infected, including the following.

As they would tell you at almost any low income medical clinic, using condoms during sexual intercourse can reduce your risk of getting genital warts to a minimum. This is not, however, infallibly effective. There is a vaccine available called Gardasil, which protects against four different HPV strains that lead to cancer. This vaccine is used to prevent genital warts in both men and women. The FDA in 2009 approved Gardasil 9, which is capable of protecting the vaccinee from nine different HPV strains. There is also a vaccine called Cervarix, which protects against cancer of the cervix, but not generally against genital warts.