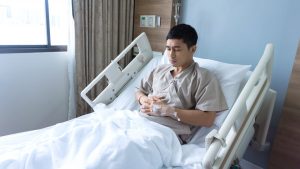 Apart from this, heredity is also assumed to be a risk factor that causes IBD. Therefore, people who have a history of IBD in their family are likely to get affected by the disease when compared to those who don’t. However, most people who are suffering from IBD do not have a family history of the disease.

There are many factors that tend to put you at higher risk of developing inflammatory bowel disease. Some of those factors are listed below.

You can expect several complications as a side effect of both the types of IBD’s. Some complications will be common to both, whereas some will be specific to each. The common complications include:

Some of the common tests that your doctor may recommend to diagnose the health condition include blood tests, colonoscopy, flexible sigmoidoscopy, capsule endoscopy, upper endoscopy, balloon-assisted endoscopy, etc. Further, imaging procedures such as X-ray, MRI scan, CT scan, etc., will also be conducted. Finally, a treatment method will be designed by a primary care doctor to reduce the inflammation. Some of those potential options include anti-inflammatory drugs, immune system suppressors, medications, nutritional support, and surgery.