A DETAILED LOOK AT MIGRAINE HEADACHES 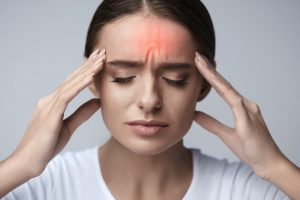 Migraine refers to a powerful headache that is often coupled with sensitivity to light, nausea, and vomiting. A migraine episode can last from 2 to 4 hours to even longer. According to the reports of the American Migraine Foundation, around 36 million people in the US have migraine problems. The reports also say that it is three times more common in women than in men, and can happen to people in the age group of 10 to 40. It is also reported that migraine goes away after the age of 50 in some women, a number which can be substantiated by a women’s healthcare provider.

Healthcare experts say that the headaches are actually a symptom of the migraine condition, although there is not much evidence to state what causes migraine headaches. However, most of the cases of migraines are related to the changes in the blood flow to the brain, some kind of hereditary flaw in the brain, as well as to some specific genetic factors that run in the family. Some people even inherit the triggering elements that could eventually lead to migraines, such as sensitivity to bright lights and weather changes.

A migraine headache starts when the overactive nerve cells in the brain start sending out signals to activate the trigeminal nerve. This nerve is responsible to manage the sensation in our head and face. When the nerve is stimulated, it releases certain chemicals like calcitonin gene-related peptide and serotonin, which in turn make the blood vessels in the lining of the brain to enlarge. This process then leads to the release of neurotransmitters by the brain, which then causes symptoms like pain and inflammation.

The Symptoms of Migraine Headaches

Different people experience different symptoms during a migraine attack. However, the most common symptoms include:

Note that there is no cure for migraine headaches yet, but there are many treatment options, which can help to ease the symptoms of the condition. In most of the cases, doctors at community healthcare centers recommend over-the-counter pain relief medications such as acetaminophen, aspirin, and ibuprofen to help with the throbbing pain. However, such medications should not be taken for more than a couple of days. If your condition does not get better with the use of OTC medications, consult with your doctor for other treatment options.

In such cases, the healthcare professional may prescribe other medications to alleviate the symptoms as well as to prevent migraine attacks. These include blood pressure medicines, such as beta-blockers and calcium channel blockers, seizure medicines, and antidepressants. Sometimes, a family doctor may also prescribe calcitonin gene-related peptide inhibitors to stop the release of the chemical compound in the brain.

Biofeedback is also recommended to ease the symptoms of migraines. This technique allows the patient to identify the stressful situations, which could possibly trigger a migraine episode, and avoid them. This can be very helpful to stop the migraine attack from becoming aggravated. You can also keep a note of what causes your migraine headaches in a diary and avoid those triggers as possible to prevent the condition. Similarly, stress management and relaxation training can also help to prevent migraine attacks and make them less severe.