A QUICK LOOK AT MULTIPLE MYELOMA 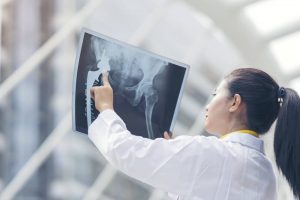 Multiple myeloma is a form of blood cancer that begins in the bone marrow and gradually moves to other parts of the body. Bone marrow is a spongy tissue inside the bones, where the body makes plasma cells and blood cells. When the condition occurs, these cells start crowding out the healthy cells in the bone marrow and build up to form a tumor. Usually, there is more than one tumor found when the disorder is diagnosed; hence the name, “multiple myeloma”. A specialist like a cancer oncologist would be the best source of diagnosis for a condition such as this.

It is not yet known what causes multiple myeloma, but scientists believe that the disease is linked to the changes in the DNA. Besides, it is also seen that blood cancer affects people in their later ages and those who have a family history of the condition. Being overweight or having another type of plasma cell disease can also heighten the risk of multiple myeloma.

The symptoms of multiple myeloma can be difficult to detect in its early stages. While some patients might show signs like weakness, fatigue, pain in the bones in the back, skull, or ribs, others might not show any symptoms of the disease at all. In most cases though, the person would often feel very thirsty, experience restlessness, confusion, loss of appetite, nausea, vomiting, weight loss, and/or numbness in the legs. People with multiple myeloma are also seen to get infections and fevers often, along with frequent urination problems. If you’re experiencing a combination of these symptoms it may be best to visit a nearby affordable health clinic.

Multiple myeloma can also affect the body in various ways. For instance, the condition can make the bones weak and brittle, while it can lower the count of healthy blood cells in the body.

Multiple myeloma can also cause excessive calcium in the blood, which can lead to abdominal pain, dehydration, drowsiness, constipation, urination problems, etc. At the same time, the condition can also affect the kidneys and lead to weakness, itchiness, exhaustion, inflammation in the legs, etc.

It is very important to consult with an expert at the nearest community healthcare center to diagnose the condition and start the treatment as soon as possible. To diagnose the disorder, the doctor would assess your medical history and symptoms, and recommend a few tests to check the severity of the condition. The common diagnostic tests for multiple myeloma include:

After checking the results of the tests, the doctor would create a treatment plan depending on how much blood cancer has spread in your body. There are four stages of multiple myeloma.

Chemotherapy – These drugs are used to treat cancer by killing the malignant cells. However, they can also kill a few healthy cells around the myeloma cells, which can lead to some serious side effects.