WHAT YOU NEED TO KNOW ABOUT CYTOMEGALOVIRUS (CMV) INFECTION 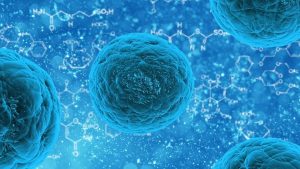 Cytomegalovirus or CMV is a commonly occurring virus that an infected body retains for life. Most people are unaware of this particular virus, mainly because of the rarity with which it affects healthy men, women, or children. However, for a pregnant woman or someone with a compromised immune system, concurrent CMV infection can be a dangerous prospect. A woman who contracts this virus during pregnancy has the chance of passing it on to her baby, who could then begin to show signs and symptoms. For people with lowered immunity, especially following organ transplantation, getting infected with CMV could prove fatal.

CMV spreads via body fluids like blood, urine, saliva, breast milk, and semen. No cure has been found for this virus yet, but medications can be useful in treating afflicted newborns and immunocompromised individuals.

A person, who is otherwise healthy, shows only a few symptoms after a CMV infection sets in. On the other hand, people with already failing health are at greater risk, and include the following.

Most babies that have congenital CMV infections look healthy enough at birth, with a few only developing signs of the condition over a long period of months or even years. Such drawn out manifestations include developmental delay, hearing loss, and even vision problems. Babies that are sick at the time of birth would show one or more of the following symptoms.

If your newborn shows these symptoms, instead of ruling out a CMV infection, get the child checked at a clinic in your neighborhood as soon as possible. Remember, the early the health problem is diagnosed, the better it would be for the treatment.

If you have a weakened immune system at the time of contacting a CMV infection, the symptoms you carry tend to be more severe, and can affect the following parts of your body.

An otherwise healthy individual who catches a CMV infection could show a few peculiar symptoms such as those seen in infectious mononucleosis, including the following.

When to Visit the Doctor

It is imperative to see a doctor if one of the following things applies.

If a CMV infection is the only health problem you have, and if you are going through mild, generalized illness, it may be because you are in the reactivation period. In that case, you should try to get plenty of rest, so that your body is better able to handle the infection.

When your Child Should Visit the Doctor

If you are aware of a CMV infection that onset during pregnancy, there is a chance you may have passed the condition on to your kid. The baby’s doctor needs to be aware of this, and should assess the child regularly to catch signs of any vision or hearing problem.

Cytomegalovirus relates to those causing herpes simplex, chicken pox, and mononucleosis. CMV is capable of lying dormant for a while and then reactivating, which means treatment requires watching cycle periods. At times when your body is healthy, CMV tends to lie dormant.

The contagious phase begins after activation, although casual contact is not enough to pass on the virus. As mentioned already, it takes a person coming in contact with the body fluids of an infected, for the former to become infected as well. This can happen in a variety of ways, the following being the most common.

CMV is a highly common virus, and it can infect most anybody. Most healthy people that catch it show few symptoms if any, which is the reason why so many instances go undiagnosed.