THE MOST COMMON RHEUMATIC DISORDERS IN THE US PT 1 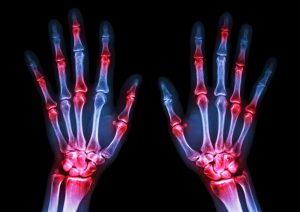 Rheumatic disorders, which are also called musculoskeletal disorders, affect the joints, ligaments, tendons, muscles, and bones of our body. Generally, rheumatic disorders occur when the immune system of our body is corrupted and it starts attacking the tissues in the body. Not much is known about the cause of that, but medical experts believe that factors like smoking, alcohol consumption, or anything that causes an infection can trigger immunity disorders in adults. There are more than a hundred different types of rheumatic disorders today; the following are the ones that commonly affect women in the US.

This condition happens when the immunity system in our body attacks the tissues in the joints, thereby causing recurrent pain and stiffness. The common symptoms include swelling and pain in multiple parts of the body, typically the same joints on both sides of the body, such as both the ankles or both the knees. Sometimes, the patient also experiences breathing problems and vision impairment due to rheumatoid arthritis.

This condition typically starts as lower back pain, affecting the sacroiliac joints where the spine connects to the pelvis. This rheumatic disorder is seen to affect young women as well, sometimes starting in their teenage years. The most common symptom of ankylosing spondylitis is pain in the hips and lower back, which worsens moving up the spine. The other signs of the disorder include pain and stiffness in the middle and upper back, between the shoulders, and in the neck.

This condition happens when the bone cartilage wears down and makes the joints hard to move. It usually affects the lower back, knees, neck, hips, and feet of the patient. The common symptoms include pain and swelling, stiffness in the joints, and muscle weakness that prevents normal movement.

This condition usually happens to rheumatoid arthritis and lupus patients, but it can also occur individually. The most common symptoms of the autoimmune disorder include dryness in the eyes and mouth, irritation and burning feel in the eyes, tooth decay, swollen glands near the neck, and gum diseases. Joint pain is rarely seen in patients with Sjogren’s syndrome.

This condition is a type of autoimmune arthritis, which is often associated with the effects of psoriasis on the skin. The common symptoms of the disorder include pain and swelling in the joints, stiffness of muscles and problems in motion, inflammation in the fingers and toes, and pain in the tendons and ligaments. Some patients also experience inflammation in the eyes and rashes across the body.