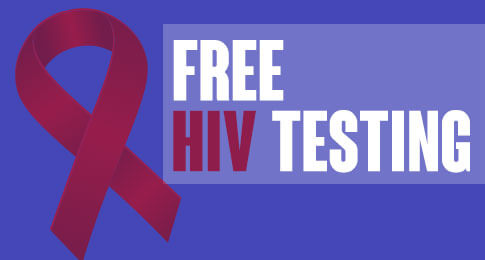 Human Immunodeficiency Virus (HIV) belongs to the group of retrovirus that causes HIV infection in a person. Later, these viruses will regenerate in the host cell causing Acquired Immunodeficiency Syndrome (AIDS). In this condition, the main symptom is the failure of the immunity system over time. Hence, the body of the affected person will not be able to fight off the viruses, common germs, fungi, or any other invaders. In fact, people suffering from HIV/AIDS may fall sick to simple health issues that usually do not affect normal people. These viruses may also make the sufferers vulnerable to many life-threatening infections and cancers.

HIV is categorized under Sexually Transmitted Disease (STD). That is, indulging in unprotected sex with an affected person can transfer the HIV virus by means of body fluids such as vaginal fluids, semen, blood, etc. Similarly, using the same syringe used by an HIV person can also spread the virus to a healthy person. Note that a person infected with HIV may lead a normal life, but he/she can still spread the virus.

According to a recent study, about 1.1 million people in the United States are diagnosed with HIV infection. Additionally, more than 38,000 new HIV cases are being reported every year. However, it is not necessary that a person with HIV infection have AIDS; it may take a number of years for many HIV-infected people to develop AIDS. The main difference between HIV and AIDS is that the former can be transmitted between people and the latter is a condition that occurs only after a person has developed HIV infection.

The only way of diagnosing HIV infection is by doing an HIV screening test. In such a test, the professionals will check the body fluids and blood of the person to see whether he/she is infected with the virus. Note that they will not be able to detect the infection right away though, because it will take a certain period of time to develop enough viruses inside the body of an affected person. In fact, it may take about six months for the antibodies to grow inside the body. That is, if you do an early test, you are more likely to get a negative result even if you are infected. Yet again, below are some of the tests that are proven helpful for detecting HIV infection.

In order to do this test, the professional will take the blood sample of the person and send it to the lab for further processing. Some tests check the mouth fluids or urine of a person as well. However, the number of antibodies in these fluids will be really low, and hence, the chances for false reports are more here.

This is an advanced HIV detection test. In fact, Antibody/Antigen combination tests can detect the virus infection 20 days earlier than the ELISA test.

After a person is infected by HIV, his/her body will develop a protein known as p24 within 3 to 4 weeks. The Antibody/Antigen combination test checks for this HIV antigen as well as other HIV antibodies. You could even get the result within just 20 minutes.

Unlike the other tests, the RNA test checks for the HIV virus rather than the antigens or antibodies. Hence, this test can detect the virus within 10 days after a person is infected by HIV. This is not the initial test, though. Usually, doctors recommend an RNA test in case a patient shows symptoms like flu that indicates that he/she can be at high risk.

There are two types of in-home kits available to screen HIV infection in the United States; you may purchase it online or at any local stores. However, make sure that the test kits are approved by the FDA (Food and Drugs Administration).

The first option is to take a drop of your blood and send it to a lab. The main thing to be noted here is that it is not necessary for you to reveal your identity in this case. After sending your blood sample, you may make an anonymous call and inquire the details within a few weeks; if your result is positive, they will do a follow-up test as well.

Another option is to swab your lower and upper gum using cotton and send the sample to a lab in a sealed vial. You may get the result very quickly here, but one out of every 12 person gets a false report in this case. Hence, it is recommended to opt for a lab test to be sure.