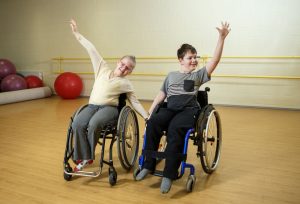 Spinal Muscular Atrophy or SMA is a neuro-muscular disorder seen in infants and young children that makes it difficult for them to use their muscles. This disorder affects the nerve cells in the spinal cord and the brain, which restricts normal message transmission from the brain to the body for proper muscle movement. This in turn makes the muscles contract and become weak, thereby leading to problems in sitting, standing, or walking, or even controlling the head’s movement. In worst cases, the child would find it hard to swallow and breathe as well.

SMA is a type of inherited disease, which occurs when both the parents pass one faulty gene each to their child. As the child has two copies of the defective gene, his/her body would not be able to produce a specific protein, which supports the cells that control the muscles. However, if the child gets only one broken gene, he/she would not show any symptoms of the disease but could pass the faulty gene to his/her child in the future.

Spinal Muscular Atrophy is categorized into 4 types, and the symptoms would vary depending upon the type of SMA your child has.

As there are many different types of Spinal Muscular Atrophy, proper and timely diagnosis of the disease is very important to devise the right treatment plan. Besides, the disorder can be hard to diagnose as well because the symptoms can vary from person to person.

To start the diagnosis, the doctors at community healthcare centers would ask a few questions to the parents such as the following.

The healthcare expert can ask a lot more questions depending on the condition of your child. The doctor would also analyze your medical histories to see if you or your spouse has had any similar symptoms. After reviewing the results, the doctor might recommend a few tests to determine the severity of the condition.

The common tests to diagnose SMA include:

Nusinersen is the only FDA-approved medication to treat SMA at present. Recent studies have shown that it has helped around 40% of patients in slowing down the progression of the disorder. As nusinersen is injected into the spinal cord fluid, it also helps to strengthen the muscles of the patient and promotes better movement. Note that the recovery time after the procedure can take up to 2 hours, and the patient might need multiple shots as well depending upon the severity of the condition.

Apart from the nusinersen therapy, your doctor might also suggest a few simple methods to control the symptoms of SMA. For instance, Type 1 and Type 2 SMA patients are recommended to practice breathing exercises to strengthen the muscles that help to move air in and out of the lungs. If it is too difficult to breathe normally, the doctor might also suggest using a breathing machine to the patient. Similarly, parents are advised to monitor the eating habits of their children with SMA carefully, and use a feeding tube if they see that their child finds it difficult to swallow his/her food.