WHY ARE WOMEN MORE PRONE TO CONTRACTING AUTOIMMUNE DISEASES? 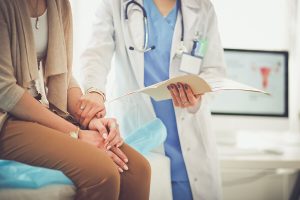 Women are generally less prone to contracting infections than men are, but more vulnerable when it comes to issues revolving around the immune system. Women make up the better part of patients with systemic lupus erythematosus (SLE), primary Sjögren’s syndrome, autoimmune thyroid disease, primary biliary cirrhosis, and systemic sclerosis. On top of that, well over half of multiple sclerosis and arthritis patients are women. The X chromosome is often linked to the higher prevalence of diseases of this sort among the female gender because immune function happens to be connected to many genes on this particular chromosome.

What is an Autoimmune Disease?

An autoimmune disease generally has multiple factors, each causing an immunological reaction leading to the functional collapse of the affected person’s tissue tolerance. In basic terms, the body’s own cells end up being identified as antigens. Real antigens are kept in check by antibodies, but the “registered threat” here is so extensive that the body starts producing auto-antibodies in profusion. These are basically abnormal antibodies which then start attacking the body itself, the result being an autoimmune disease. To summarize, the immune system turning against those parts of the body which it is supposed to protect. Deeper information on this can be had at most clinics and hospitals that offer free STD and HIV testing.

Do Women Have the Same Protection as Men?

Having two X chromosomes in their bodies is certainly advantageous for women, because any problems arising from a defective gene on one, can be offset by a normal form of the same gene on the other. This may even have something to do with why females generally live longer. However, it apparently also brings higher autoimmune disease risk.

Sex hormones too play a significant role in men being less commonly affected by autoimmune diseases. Estrogens are proven to stimulate autoimmunity, while androgens protect against it. Female hormones also act in such a way that most autoimmune diseases in women start right after they hit puberty, or during pregnancy. Being pregnant may cause an opposite effect on symptoms, though. Symptoms of conditions like multiple sclerosis and rheumatoid arthritis have been shown to actually improve, while those of erythematosus generally worsen as time passes, often bringing the need to visit the closest low-income medical clinic.

Inactivation of the X Chromosome

The X chromosome is the sole chromosome which one gender (the male) does not have in pairs. For women, in order not to have a double expression of the same gene relative to men, one of the chromosomes stays inactivated. Said inactivation happens in the early stages of embryo development, and achieves permanence in each individual cell. Either the mother’s or the father’s chromosome can be inactivated; it is simply a matter of chance which happens. This means every woman has two cell lines based on which parent’s chromosome is inactive (the mother’s or the father’s), as well as a 50:50 distribution of these two cell types.

In some women, the inactivation of a chromosome may not be fully complete. In such a case, the person has a double expression of specific X-linked genes, which affects autoimmunity on a practical level. Based on how far inactivation has progressed, there is room for extensive genetic diversity, which can be beneficial in terms of immunity. However, skewed X chromosome inactivation can cause otherwise unexplainable diseases in healthy women. This is often the case in females, who contract autoimmune diseases. The common diseases where this link has been identified include systemic sclerosis, autoimmune thyroid disease, Hashimoto’s thyroiditis, Grave’s disease, and rheumatoid arthritis.

Abnormal chromosome numbers can have serious effects on a person, with sex chromosomes being the only exception. Men with an extra X chromosome and women with an extra X chromosome may either show signs of it or not. A missing chromosome is problematic as well; women with this are typically short, and have gonadal dysgenesis, among other characteristic features. The one thing all three of the above groups have in common is a high occurrence of autoimmune disease, and it has already been shown in recent years that the X chromosome is vital to how and even if autoimmunity develops in the human body.

A higher occurrence of autoimmune disease among both women with too few and too many chromosomes, shows conclusively that there are certain X-linked genes which largely decide effective immune function. For women, a double expression of the kind explained above could result from reactivation of genes present on the inactive X chromosome. The onus on future studies conducted in this area is to focus on reasons why men are less frequently affected by autoimmune diseases, and any protective factors they might have, which women generally lack.